Travelling the World, Without Getting Your Signals Crossed - 2022 Edition

What fits in your pocket, is used at least once a week, and is at the mercy of much greater forces than any individual? It’s an incredible tool that everyone has become extremely dependent on. At this very moment it’s giving you access to dozens of satellites, just waiting to get you to your destination.

But how much do we really know about our GPS and satellite navigation?

When you need to get somewhere, chances are you pull out the GPS (Global Positioning System) app on your phone and plot the address to get you there. Not only does it tell you the best route, but will also tell you how long it will take, and what you need to know for the road. A fun fact is that GPS is not just a receiver but is in fact a type of GNSS (Global Navigation Satellite System). A GNSS is a constellation of satellites orbiting the earth that communicate with receivers to calculate actual positions. Generally, 3 or more satellites broadcast a signal which is caught by the receiver. The receiver then determines the distance from each satellite to nail down the specific location. This is called triangulation.

There are currently 3 GNSS’ that are fully operational. GPS was the first and is owned by the United States. It consists of 31 orbiting satellites (although some are retired) and follow 6 orbital paths. The second GNSS is GLONASS (Global Navigation Satellite System) which is Russian owned. It is made up of a minimum of 24 satellites in orbit, which are positioned differently than GPS satellites and work better at high latitudes. If you are wondering if one is better than another, the answer is not really. They are pretty comparable, though not identical. Lastly, and the most recent, is BeiDou from China. In Chinese, The Big Dipper constellation is called Běidǒu. Back in the day, Chinese navigators used this constellation to locate the North Star to find their way. As such, China’s contribution to satellite positioning is named after it. BeiDou (BDS) has been around since 2000 as an area-limited, regional system but is now one of the global sat-nav positioning networks. The final BeiDou satellite (number 55) was launched on June 23rd 2020.

In addition to these systems already in operation, Galileo is still in the process of being developed. The European Union first started developing this system in 2005 and as of 2018, 26 of the anticipated 30 satellites are in orbit. It is expected to be fully operational in 2022.

Additionally, there are regional systems servicing different countries which include:

Originally developed in 2002 by the Japanese government, the Quasi-Zenith Satellite System (QZSS) was proposed as a time transfer and supplement to the US GPS. Its coverage includes the Asia-Oceania regions, focusing on Japan. The positioning of these 4 satellites is meant to optimize streets that are sandwiched between very tall buildings. In 2022/2023 Japan plans to expand the system to become independent of GPS.

The Indian Regional Navigation Satellite System (IRNSS) is currently in orbit but still under construction. It is expected to cover India and up to 1,500 km of the surrounding area. The IRNSS is owned by the Indian government and will provide a highly accurate service to both the military and civilians in the territory. In November 2020 the Maritime Safety Committee of the International Maritime Organization approved the IRNSS as a World Wide Radio Navigation System.

Are All These Systems Really Necessary?

Why are different regions bothering with so many different and independent constellations? We all live on the same planet these satellites are orbiting…are we simply overcomplicating? Well…not really. Initially, each country began their own program because these governments did not want to be dependent on one another. It is an understandable concern considering the reliance every military has on navigation. In addition, as shown with QZSS, satellites perform differently depending on how high they are or how they are positioned. Some systems simply produce better results for their own region. 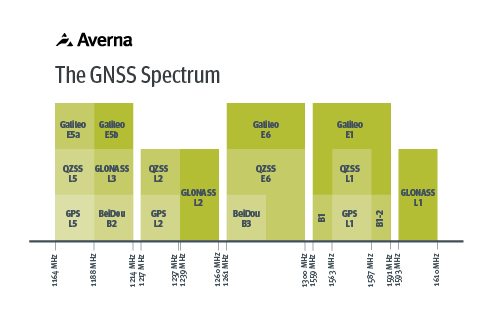 At the end of the day, this is how it is, so it is simply a case of ensuring we are properly equipped to manage the variety. Not only are all these signals transmitted at different frequencies, but they are also processed differently. This includes modulation, encryption, modeling, encoding and framing from the sky to the ground. To avoid limiting themselves, manufacturers of devices that act as GPS receivers and industries that integrate GPS receivers into their applications need to be equipped to test them all. The AST-1000 is an excellent example of a tool that can generate worldwide satellite signals, with the required flexibility to accommodate the constant changes being implemented around us. The RP-6500 is another example of a practical instrument for receiver design as it captures real-world signals, including their impairments, across the entire GNSS spectrum.

Options are out there to properly design and test receivers, even if the world can’t agree on a single system. We simply need to look to the skies and go with the flow.

Check out this video and see how simple it is to generate worldwide GNSS signals using the AST-1000!